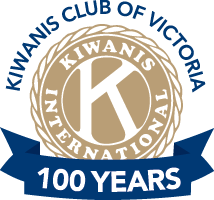 Mike LaPlante was our speaker on July 23, 2013.Mr. LaPlante showed a series oflslides related to the effect that sewage has on the out-fall areas. The current projected cost of the proposed sewage treatment plant for Greater Victoria is three-quarters of a million dollars. Mr. Laplante says there is scientific evidence to show nature is very good at breaking down sewage regularly. The movement of water in the Strait of Juan de Fuca does an excellent job of breaking down and decomposing sewage.

In the proposed secondary sewage plant everything is reduced to 1. biosolids and 2. sludge, which would go to Hartland Landfill. In a number of years the landfill area would have to be expanded in size. From normal precipitation, in due course the area surrounding Hartland Landfill will become contaminated and a new problem is created.

Mr. LaPlante is of the opinion, that by letting nature continue its very good job of breaking down and decomposing sewage in the Victoria area, the taxpayers will save a very large amount of money.